Tropedia
Register
Don't have an account?
Sign In
Advertisement
in: Trope, Love Tropes, Evil Is Sexy,
and 6 more 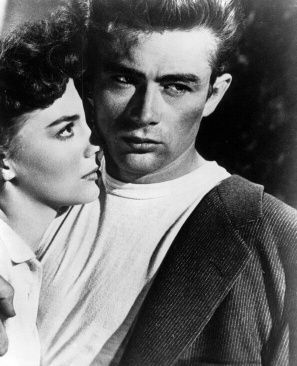 Maybe Hollywood is tapping into the supposed ancestral female animal instinct to choose the mightiest, strongest, toughest genes for their offspring. Maybe they're tapping into teenaged rebellion: girls are most likely to like the boys their parents are most likely to hate. Maybe it's because the more tanned, muscular, and scarred the actor, the better the shirtless scenes. Maybe the trend originated in a time when leather jackets, sunglasses, and motorcycles were in fashion. Maybe it's the thrill of danger being mistaken for love. Maybe it's just because Evil Is Sexy. Maybe "good girl and great guy get along great and are perfect for each other" is really boring. Maybe the writers are just bitter about the girls they didn't get. Whatever the reason, sorry, good boys—in Hollywood (and often in real life), it's the bad boys the girls want. No matter that the other characters are (sensibly) muttering "What Does She See in Him?"

The "bad boy" targets the strongest womanly instincts: the stoic, silent guy is a mystery waiting to be solved; the Troubled but Cute youth with a tragic past is a woobie needing comfort; he's tough enough to be a girl's protector, but vulnerable enough to need her to redeem him as well. Add to that the fact that Evil Is Cool and Good Is Dumb, and the Anti-Hero ranks as Bachelor of the Month - even more often than he ranks Ensemble Darkhorse.

All this, of course, glosses over the fact that bad boys are bad, meaning dangerous, not good as friends, probably not too mentally stable, potentially abusive/physically violent, and/or more interested in the physical (read:sexual) aspect of a relationship than anything else. He's also probably not going to be that concerned with fidelity, either. So what if he can't be trusted? It's an honor for girls in media to be chosen by him, to walk into prom night with him on her arm, to ride on the back of his motorcycle with her arms around his waist, to stick her tongue out at the Alpha Bitch from the passenger's seat of his stolen convertible. Depending on the nature of the Bad Boy and whether he's redeemed (or even redeemable) or not, use of this trope may give cause for the viewer to question the character's sense or intelligence, particularly if it's immediately obvious to everyone from the outset of the relationship that the man is a thoroughly nasty piece of work. Don't count on Reformed Rakes.

Interestingly, the younger the women, the more prevalent this trope will be. More mature, wiser women (meaning 35 and older) seem to be much more Genre Savvy, thus much less receptive to "bad boy" vibes (or, at the very least, have learnt their lesson through painful experience), although there are always exceptions. Of course, sometimes this occurs when the actual badness is an Informed Attribute, such as with the Loveable Rogue. If the main girl gets the Dogged Nice Guy or The White Prince in the end, beware—some fanficcers will still want the bad boy, and will force him on the main character by bashing the competition.

Compare with The Vamp and the Femme Fatale - bad girls that the boys all want. When it goes to the extreme (either intentionally or not), the Girl may find herself becoming a Love Martyr. The girls may also go to the other end in what they're looking for and seek out the Nice Guy because Single Woman Seeks Good Man—particularly as a Second Love, and often via Just Friends, when they've been burned by this trope.

See Single Woman Seeks Good Man for a typical inversion. A popular subversion is to make the guy look like a bad guy but revealing himself as a Jerk with a Heart of Gold with litte to no criminal record.

Related to I Can Change My Beloved, which often follows after this. The fandom reaction version of this is Draco in Leather Pants.

It is commonly and quite hotly debated whether this is Truth in Television or not, but here, No Real Life Examples, Please

Examples of All Girls Want Bad Boys include: