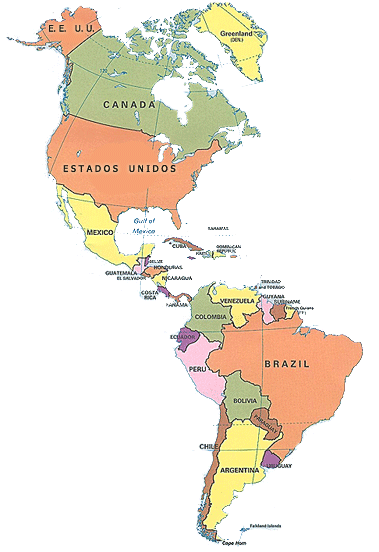 Aliens have come from outer space. They've landed in the outback of Australia. They proceed to destroy all of the Southeastern Asian region and begin marching through Europe and Africa, but the combined military might of these continents is unable to defeat them.

This trope describes any instance where, because the story was made for American audiences, the writers create a world-wide problem to be solved by Americans (and typically Americans alone). The reason for this is simple. The movies are made for Americans and most Americans want to see other Americans as the heroes; also, most of the available actors are American. Whether or not the problem actually starts in the USA doesn't matter. Americans always save the day when this trope is invoked.

This often happens because the US military pays films to do so. If you show them in a very positive light, they'll let you borrow top notch military planes, ships, and tanks to film, which would normally cost you millions to get access to. So long as you make sure that evil military general is French, and the army that stops him aren't, you go a long way towards making your film within your budget. Not that this is an uncommon practice or restricted to America.

America Wins the War is when this trope intersects with World War II. Compare Mighty Whitey and Creator Provincialism.

Examples of America Saves the Day include: