View source
watch 01:43
DC Fandome - The Loop
Do you like this video?
Play Sound 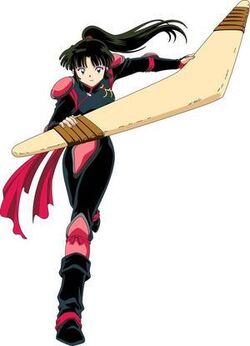 Boomerangs as the Weapon of Choice of characters. Expect to see the stereotypical boomerang shape that allows it to come back, even though real-life hunting boomerangs didn't come back. Also, expect the boomerang to come back even after hitting its target, which makes absolutely no sense in real life.

Oddly, when this trope is in use, it's unlikely to be used by an actual Australian, aboriginal or otherwise, even though it is an iconic symbol of the country to almost the rest of the world.

See also Precision-Guided Boomerang when other items are used like a boomerang.

Not to be confused with Cartoon Network's programming block/spin-off channel, Boomerang.

Examples of Battle Boomerang include: