A character has recently bought an interesting or rare item from a shady seller, or perhaps has stolen a prized treasure from somewhere. Oh no! It's a fake! And you know what the first thing you do to a fake is, right? Smash it! Break it! Basically destroy it somehow. Used often with gems that turn out to be glass, because they make great smashy sounds or can be ground up in a powerful fist.

This is usually done to prove to a doubter that it is a fake, but can also be done by accident to reveal that it's fake, or simply done in anger after you find out it is. The most common aversion of this is with fake paintings, which never seem to be destroyed after they're revealed to be counterfeit, and are either kept by the owner anyway ("oh well, it still looks nice") or kept by the police as evidence, if the owner doesn't try to sell it on to the next naive idiot.

Examples of Break the Fake include: 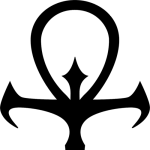