According to The Other Wiki, a castle is "a type of fortified structure built during the Middle Ages predominantly by the nobility or royalty and by military orders."

On All The Tropes, Castle could refer to:

This disambiguation page lists pages associated with the same title. If an internal link led you here, you may wish to change the link to point directly to the intended article. 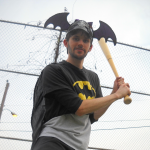