Tropedia
Register
Don't have an account?
Sign In
Advertisement
in: Trope, Pages with Broken Links, Pages with Examples Needing Verification,
and 2 more 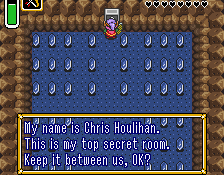 The contest winner's cameo could turn out to be anything from a simple appearance in the background, to playing a role in an important scene in the story. Or, depending on the tone, to be horribly killed.

Examples of Contest Winner Cameo include: