Tropedia
Register
Don't have an account?
Sign In
Advertisement
in: Trope, I Have Your Index, More Than Meets the Eye,
and 4 more 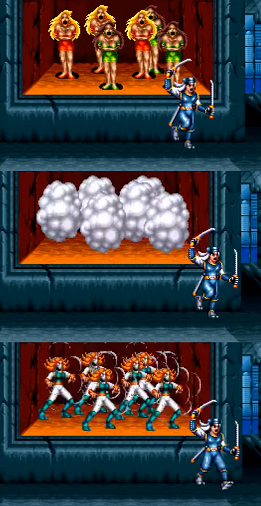 Bob the adventuring hero is approached by Alice, who is in some kind of trouble. Her village is being ravaged by a monster, or she's being forced into marriage against her will. Bob, like a good hero, goes to help her... except, whoops! It was all a lie. Alice isn't in trouble; she's the mastermind, and Bob just walked straight into a trap. No, not that kind of trap (usually).

This is when a seeming Distressed Damsel is actually luring the hero in for her own ends, usually by playing on his heroism (and sometimes his lust for her). Just about Always Female. Compare Femme Fatale, Honey Trap and Wounded Gazelle Gambit. A subtrope of Using You All Along.

Due to the nature of the trope, spoilers ahead.

Examples of Decoy Damsel include: