Tropedia
Register
Don't have an account?
Sign In
Advertisement
in: Trope, Always Male, Characters As Device,
and 5 more 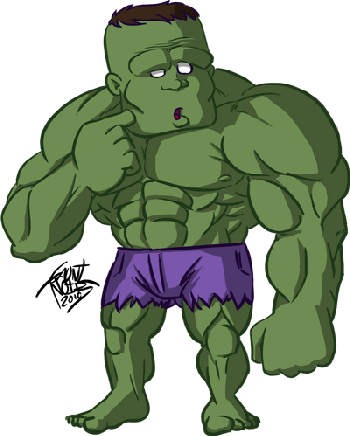 The tendency for strength and intellect to be inversely proportional. The Big Guy and The Brute are usually slightly dim at the very least. Typically afflicted with a form of Hulk Speak. This is a common assumption: there's a reason Genius Bruiser is meant to be a shocker. Overlaps with Gentle Giant in some areas because Dumb Is Good. A subtrope of Personality Powers. Often Played for Laughs.

Not Always Male; only in ultra-rare cases will you see very strong female character be portrayed as lacking in brains. He might be only Book Dumb but Street Smart.

Compare Smash Mook. Contrast the Genius Bruiser and the Badass Bookworm. These types are frequently, but not always, a Top-Heavy Guy.

Examples of Dumb Muscle include: