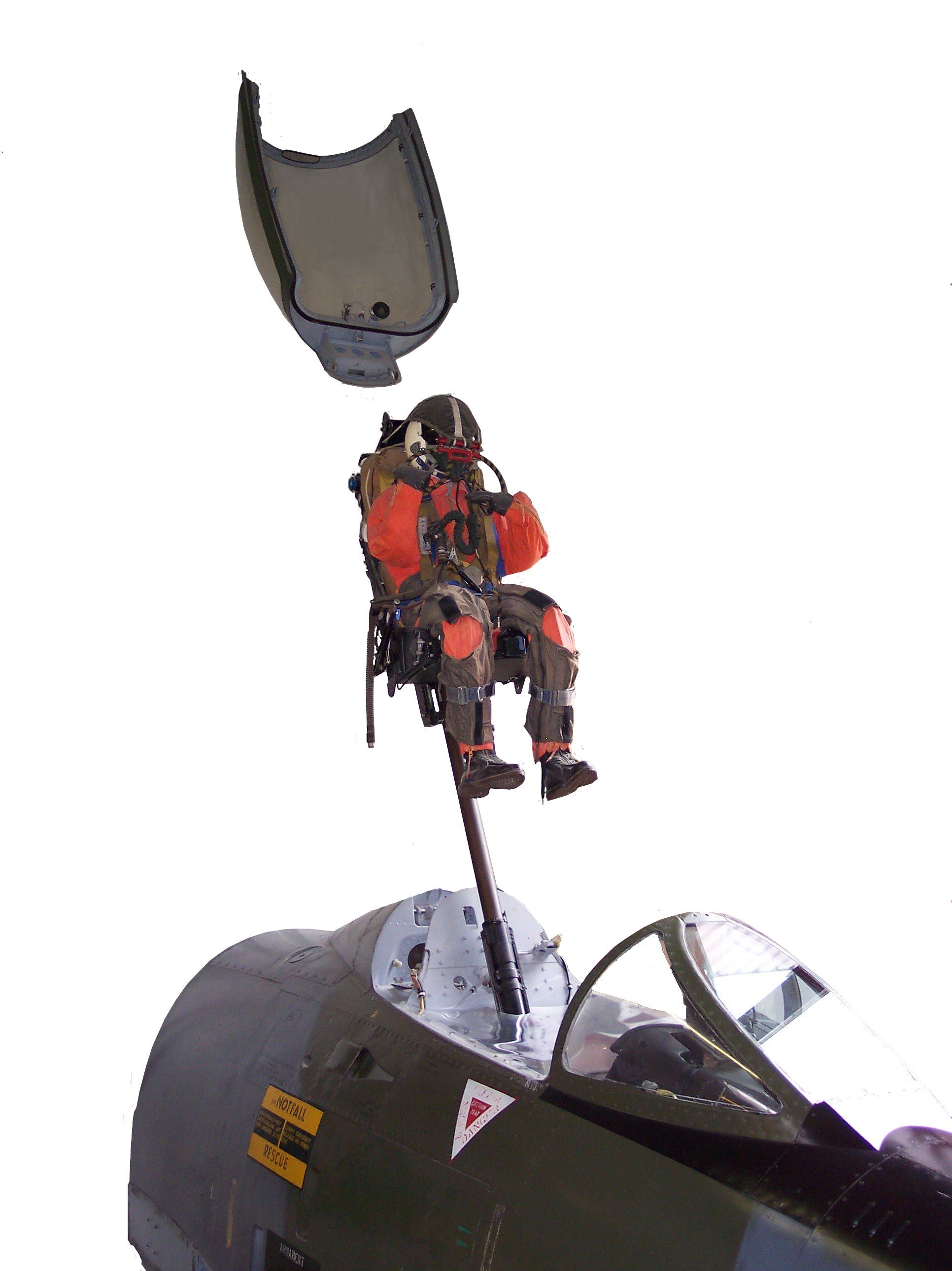 It should be pointed out that shooting an airman after he or she's ejected is a war crime, though this is a relatively recent idea and wasn't in force until 1977.[1]

Smaller cousin of the Escape Pod.

Distinct from just Abandon Ship; rather than just getting the heck out of (the) Dodge, a machine's helping you out (the door).

Examples of Ejection Seat include: