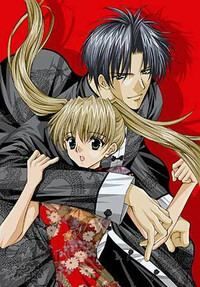 17-year-old Kurumi Akino lives in Tokyo, helping her ill mother to take care of her little siblings and working hard at both school and her part-time job. Her life is pretty ordinary, isn't it? Well, it is... until she's walking home and bumps into a handsome stranger. The guy promptly places his hand over her mouth, kisses her forcibly, and then threatens her with rape if she screams since he's being pursued by other people. He promptly collapses and Kurumi thinks she can't leave him there, so she treats his wounds at home and manages to have him tell her his name: Hakuron Which isn't his real name anyway (it's Li Shen Wong.). However, he gives her a sleeping drug through a kiss and leaves her there, escaping from the Akino household..

Since Hakuron disappeared as soon as he arrived, Kurumi now wonders if it was all a bad dream. It isn't, actually. Few after the incident, Kurumi finds herself whisked off her feet and shuttled to Hong Kong, and the culprit is Hakuron! It turns out that the stranger whose life shge saved is actually the most powerful and badass mobster from The Triads and the Tongs, and he wants to "thank" her by making her his bride. From then on, the poor girl will be caught in the struggles among several triad groups as well as the in-fights in Hakuron's group, and will also have to deal with his extremely screwed up view on life and love. All in a strange land, very far from the Tokyo where her family and her past remain...

Haou Airen (覇王·愛人 Surpreme King's Mistress?) is a shōjo manga series created by Mayu Shinjo, also adapted into 3 CD dramas. Like a lot of Shinjo's works, Haou Airen is heavy on sexual content and the melodrama.

Some more info about it here.

Haou Airen has the following tropes