That's all it is, Guy Love, He's mine, I'm his, There's nothing gay about it In our eyes... It's Guy Love, between two guys!

Two extremely close friends or partners, of the same gender, who are as close or closer than a romantic couple. They aren't romantically linked, but they might suffer withdrawals from not being around each other. There might even be a "break-up" episode. When one gets a boy/girl friend, you can almost certainly expect the Friend Versus Lover quarrel to be epic. Note that despite the trope name, the characters in question are not necessarily both heterosexual.

Sometimes this is an extreme form of an Odd Couple, in that the two are different as night and day. Those Two Guys may also acquire this label, as may the title characters of any show with a title of the form X and Y. Don't expect them to be friendly to each other though, quite a few are Vitriolic Best Buds. In adventure stories, they are often Blood Brothers.

Works often lampshade, mock or play with the relationship by throwing in some Homoerotic Subtext, but that's by no means necessary. For fans' delight at such scenes or ship teases, see Ho Yay.

No real life examples, please; This is not a gossip column.

Examples of Heterosexual Life Partners are listed on these subpages: 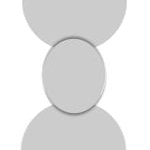 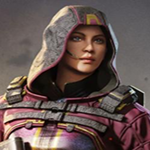