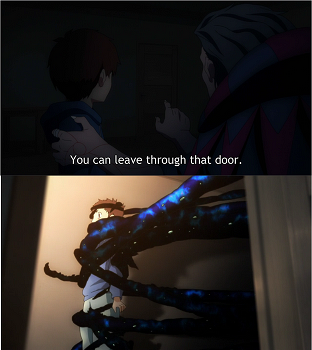 A protagonist is about to face utter defeat. Suddenly, he finds a glimmer of hope, a reservoir for strength, a possible way out, a ray of light, a Forgotten Superweapon, what have you... only to be crushed cruelly by the bad guys returning in force. Think of it as the opposite of Near Villain Victory.

Hope spots can also be used to add drama to an extended encounter with a villain and will often culminate with the hero getting up after a seemingly decisive blow. However, if handled poorly, it can also detract from a story, much like Darkness Induced Audience Apathy.

Subtropes include Diabolus Ex Machina. In extreme versions, may presage a Cruel Twist Ending. The Kaizo Trap is a subtrope exclusive to video games.

Any visible sigh of relief? After escaping imminent peril? Well, Take a Moment to Catch Your Death.

Direct opposite of Darkest Hour.

Examples of Hope Spot include: