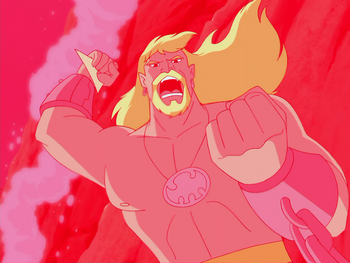 A version of the Sadistic Choice when a person is forced to make a terrible choice -- they need to remove one of their appendages in order to escape with their life. Sometimes a villain or Nineties Anti-Hero imposes this choice as a punishment, but in other cases, a character is simply trapped.

Many animals will do this to escape traps in real life. Note that even if a person manages this, realistically they will bleed to death (which might be just what the villain has intended) in a few minutes unless they are able to close the wound, so only try this if you have a plan for doing that.

Examples of Life or Limb Decision include: