Marvel Comics is one of the two biggest comic publishers active in the United States today, the other being DC Comics.

Marvel began its life as Timely Comics, founded in 1939 by Martin Goodman as the comic branch of his Pulp empire. It began by publishing scifi, horror, and Western anthologies, one of which happened to be named Marvel Mystery Comics. Timely's biggest sellers at this time were the superheroes Captain America, Sub-Mariner, and the Human Torch (nothing to do with the Fantastic Four character of the same name).

After World War II ended, sales of superhero comics began to suffer. Timely's big three ceased printing, and the company changed its name to Atlas in 1950. Atlas published anthologies and single-story comics in a wide variety of genres, and made some sporadic efforts to revive its superheroes, but with little success.

In 1956, Atlas switched from distributing comics itself to going via the American News Company, the biggest and most powerful magazine and comic distributor in the USA. Unfortunately, ANC was shortly thereafter was forced out of business due to unlawful business practises, and Atlas was forced to turn to National Comics, owned by their rival, DC, for distribution. This drastically reduced the number of comics Atlas was able to get onto shelves. This, plus a recession in 1957, forced Atlas to retrench, and for a time relied on art they had commissioned but not yet published.

Atlas changed its name to Marvel Comics in 1961, and the first comic published under the new name was issue 3 of the scifi anthology Amazing Adventures. Following DC's successful revival of superheroes in 1958 - 1960, Goodman had one of his staff writers, Stan Lee, come up with their own superhero team, the Fantastic Four. This team Subverted many existing superhero tropes by eschewing secret identities (and, for some time, costumes), having a monster as a member of the team, and having the personalities of the members clash regularly. With the Comics Code in full force, Marvel began aggressively creating more and more superheroes, drawn from the considerable energy and talents of Stan Lee, Jack Kirby, and Steve Ditko. It was during this time that many of their most popular characters were introduced.

Marvel's big innovation was introducing characterisation and personal problems to a greater extent than had ever been done with superheroes. Spider-Man in particular suffered from insecurity, teenage Angst, and trying to pay the bills in addition to fighting bank robbers. While this caused controversy at first, it ultimately proved popular with readers, with the result that Marvel ended up massively exceeding DC in popularity, as well as drawing in teenagers and, later, adults who would previously have been considered too old to read comics. DC would later experience similar success when Kirby and Ditko started contributing to it.

From the start, Marvel's comics were tied to the real world to a much greater extent than those of DC or other companies. Characters lived in New York, not a fictional city like Metropolis or Gotham. Real-life events often impacted the plot; for example, Fantastic Four plots revolved around the space race and the 1962 stock market crash.

Also, surprisingly for the modern reader, events proceeded in approximately real time for the first few years, with one year passing the comics for every year that passed in the real world - Spider-Man and the Human Torch both started off as teenagers in High School, but over a few years, graduated and went on to college. Also, when Namor was reintroduced, the writers actually came up with an explanation as to where he had been for 20 in-universe years. However, around 1968, things were stretched out by the introduction of 'Marvel time', in which a year in the comics corresponded to three years in the real world. This had morphed into full-blown Comic Book Time by about 1980.

Due to Lee's busy schedule, he implemented a manner of writing comics known as the Marvel Method, in which the writer, rather than writing a full script, just gave the artist a story synopsis, and left details like pacing and panel layout to the penciller. Afterward, Lee would receive the finished pencils the artists and write (or rewrite if the artist added a preliminary draft) the dialogue and/or captions. This, coupled with Marvel's seeminglly more respectful treatment of artists, served to further bolster its popularity with fans. However, Ditko in 1966 and Kirby in 1970 eventually came to the end of their patience with being regulated to work for hire contracts while Lee got all the plaudits and jumped ship.

In 1971, Marvel further innovated by violating the Comics Code. Lee, at the urging of the Department of Health, wrote a Spider-Man story with an anti-drug message. Since the Code forbade any mention of drugs, doing this story was a radical action in comic publishing. When the story proved a success despite opposition, it opened the door to comics unapproved by the Code, ushering in the so-called Bronze Age and bringing sex and violence to the medium. Despite early successes in the 70s and 80s, Marvel began losing sales to DC after 1986, both as a result of many of its writers and artists defecting to the latter, and DC's shocking deconstructions Watchmen and The Dark Knight Returns, as well as the epic Crisis on Infinite Earths. It suffered a further setback in 1992, when seven of its top writers and artists left to found Image Comics, and in late 1996, Marvel filed for bankruptcy protection.

Following several reorganisations, buyouts, and layoffs, Marvel emerged from bankruptcy in 2000, and has been reasonably successful since then. In late 2009, it was bought out by Disney for $4 billion. The effect of this remains to be seen, but it will most likely be business as usual except that they don't have to directly concern themselves with pleasing stockholders anymore 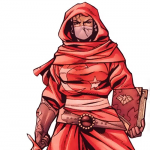