"The fun, and the material for this article, lies in treating the whole thing as a game. I've been playing the game since I was a child, so the rules must be quite simple. They are: for the reader of a science-fiction story, they consist of finding as many as possible of the author's statements or implications which conflict with the fact as science currently understands them. For the author, the rule is to make as few such slips as he possibly can." Hal Clement, Whirligig World

Speculative Fiction fanatics are always raving about how "hard" the science is in various stories—but it's not like you can rub a story with a piece of quartz and see if it leaves a scratch on the plot. So what is "hardness" in SF? Why do people want it? And how do we put a number to it?

Beginning with the first question: "Hard" Science Fiction is firmly grounded in reality, with few fantastic flights of fancy not justified by Science. "Soft" Sci Fi is more flexible on the rules. Even the fantastical aspects of the story will show a divide—in hard SF, they operate through strict, preferably mathematical, laws, where in soft SF they just work however the author feels like. What this leads to for hard SF—and this is part of the attraction for many people—is a raised bar for the amount of work the writer must put into the story, and usually this is shown quite clearly.

Example: a character is shown a machine for traveling into the past and asks, "How does it work?"

Unfortunately for analytical purposes, this pattern is not universal - hard SF stories can skip over the details as long as the basic explanation is correct given what's been established so far. Therefore, regardless of the typical stylistic flourishes of hard SF, the only way to define it is self-consistency and scientific accuracy.

Paradoxically, hard SF often does include technology that looks impossible. Many works of hard SF embrace the maxim, "A sufficiently advanced technology is indistinguishable from magic." This was coined by Arthur C. Clarke (one of the definitive hard SF writers) and is embraced at the end of his novel (and movie) 2001: A Space Odyssey (a definitive hard SF work), where the many fantastic abilities of the monoliths are simply presented as "sufficiently advanced" and inexplicable. Essentially, a deep understanding of how scientific advancement has worked in the past leads to the knowledge that we have no real idea how it will go in the future.

Which leads us to the Scale.

Note: The works mentioned below are purely for illustrative purposes—please add new examples to the subpages.

Note 2: Contrary to what one might expect, there is no apostrophe in "Mohs"—the name is a reference to the Mohs scale of mineral hardness, named for Friedrich Mohs.

Note 4: There are sometimes in the news reports of studies which would reassign many works on the scale—for example, tropers might claim the September 2011 OPERA experiment which measured faster-than-light travel by neutrinos can raise works whose One Big Lie is FTL Travel to the Speculative Science category. There are three reasons to be cautious about making such alterations: first, because mass media reporting of scientific results is often inaccurate due to the difficulty of presenting technical results to a non-technical audience; second, because revolutionary new results (and results in the news are generally new) are far more likely to be overturned than they appear (indeed, the OPERA anomaly seem to have been caused by faulty equipment); and third, for purposes of the Scale, the yardstick of scientific plausibility is what the science said at the time the work was written, not what scientists discovered later.

Note 5: As far as this wiki is concerned, Tropes Are Not Good and Tropes Are Not Bad. "Hard" and "soft" may be considered as denotations of the quality of the story by those who prefer one over the other. We don't hold to that here, as each category has readers who find it "just right".

Note 6: Examples Need Context. When adding this trope to a work page, don't simply put down the number and leave it at that. This would require a troper to visit this page to learn more about it. That's fine if the troper is interested, but if they are already working their way down the work's page (And only at the M's) they probably don't want to wander off on a Wiki Walk. You can say the number, but please go on a bit explaining what the number is. for instance: 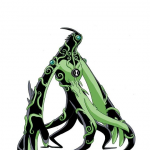