Tropedia
Register
Don't have an account?
Sign In
Advertisement
in: Trope, This Index Is Cursed, Ending Tropes,
and 3 more 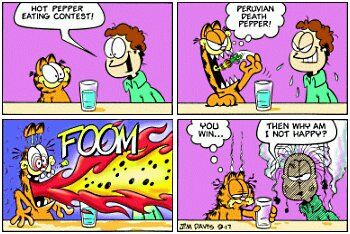 Few victories come without cost, but the cost of a Pyrrhic Victory is ruinous to the victor. A Pyrrhic Victory will often involve a Heroic Sacrifice or people asking Was It Really Worth It?. If it happens at the end of a work, it will inevitably lead to a Bittersweet Ending or even a Downer Ending (and likely Inferred Holocaust). Often the implication of a Lonely At the Top situation, where someone gets everything he wanted, but lost everything and everyone that helped him get there. A clever enemy can use a Defensive Feint Trap to trick an opponent into "winning" such a victory.

These are common in Darker and Edgier series and is one of the defining characteristics of a Crapsack World. Compare to Pound of Flesh Twist. Contrast with Pyrrhic Villainy and Shoot the Shaggy Dog. If the bad outcome of a victory is due to post-victory arrangements rather than victory itself, you may look for Won the War, Lost the Peace. When dealing with Eldritch Abominations, this overlaps with Broke Your Arm Punching Out Cthulhu. Contrast Xanatos Gambit, where "losing" might benefit the planner more than outright victory.

Here there be spoilers, since this is often an Ending Trope.

Given that the sheer detail and nuance in describing a Real Life Pyrrhic Victory would take up the entire page, No Real Life Examples, Please, but we can say that it's named after the man who reached a Pyrrhic Victory himself. Also see The Other Wiki.

Examples of Pyrrhic Victory include: