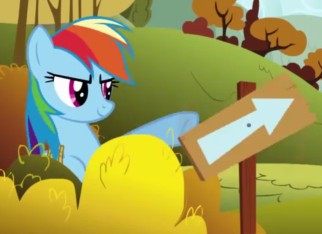 The racecourse or other path is marked off by arrows. Either a villain or a prankster mucks things up by flipping the sign so the arrows point the other way. Can also include incidents where someone who, with honest intentions, by mistake thinks the sign is wrong and "fixes" it, whereupon Hilarity Ensues.

See also: Rules of the Road, and Dick Dastardly Stops to Cheat, as this is one of the ways he does it.