Tropedia
Register
Don't have an account?
Sign In
Advertisement
in: Trope, Unisex Tropes, The Beautiful Tropes,
and 5 more 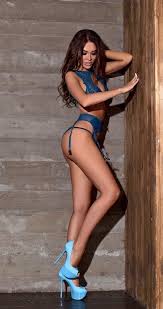 This trope deals with cases where a female character's legs are given special attention. This is in the form of Male Gaze, usually with slow pans up her legs, or her legs are mentioned at some point in the story as being an attractive feature of the woman. This is recurrent in G-rated fiction, where the Male Gaze directed to the legs is used rather than the more sexualized breasts and rear.

Zettai Ryouiki, Showgirl Skirt, Dangerously-Short Skirt, Underwear of Power/Leotards/Mini Dresses Of Power, Qipao, Who Wears Short Shorts? and Footsie Under the Table are also good ways to show off these features. A Kick Chick will almost always have these, as will most female Dance Battlers. The Statuesque Stunner will also have these, more often than not. Bath Kick is used to show these off as well. If the Amazonian Beauty has them, expect either the narration, other characters, or the character design to emphasize her legs' muscularity as attractive, often with special attention to the thighs.

Show Some Leg is not necessarily related, but certainly can be. Sometimes confused for Foot Focus in translations of text-contextual Japanese media, due to "足" (ashi) not differentiating between "leg" and "foot".

Examples of She's Got Legs include: