Tropedia
Register
Don't have an account?
Sign In
Advertisement
in: Work, Capcom vs. Whatever, Fighting Game,
and 9 more

A mysterious meteorite crashes in the South Pole, and hidden away within the meteorite is an artifact which is given the name "Pandora". Researchers have no clue as to the origins of the cube-like artifact, but they soon discover Pandora causes beings to come into conflict when nearby — and it releases a water-like energy which brings more power to the combatants. Both Shadaloo and the Mishima Zaibatsu want the object for their own purposes, but they'll have to deal with a host of other warriors — all with their own reasons for wanting Pandora and its power — to get to it first.

The characters of the game are the following:

It has a character sheet. 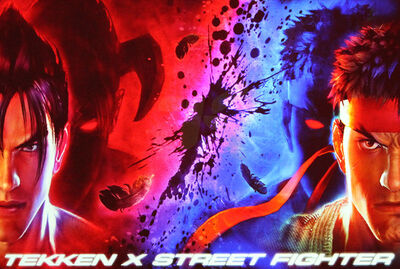 Tropes associated with TxSF include: