Tropedia
Register
Don't have an account?
Sign In
Advertisement
in: Trope, Videogame Effects and Spells, Stock Super Powers,
and 2 more 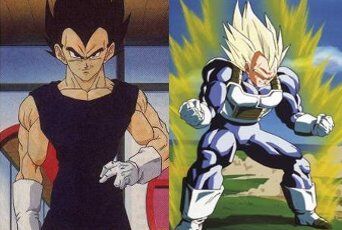 An "Overdrive Mode" where a character temporarily becomes much stronger, almost always accompanied by a visible change. Basically, a Dangerous Forbidden Technique or Deadly Upgrade without the dangerous/deadly parts — it may be limited somehow, usually by time or a finite Power Source, but sometimes it's not even that (If it shortens the user's lifespan or similar, it's a Heroic RROD). Very popular in action-based video games. May, or may not have a triggering requirement, but must look awesome via glowing and floating.

These transformations are usually accompanied by either a failure on the part of the other party to intercede, or a temporary "aura of invincibility" that renders them incapable of doing so. Popularized by Dragonball Z, where characters had time to heal, restock, and partake in extended dialogues during such events.

The Super-Trope to Invincibility Power-Up, Limit Break, Super-Powered Evil Side, Unstoppable Rage, Deadly Upgrade, and often regarded as a One-Winged Angel act for heroes. Related to superpowered Animorphism, especially the Big Badass Wolf, and occasionally Super Empowering. Turned Red is the bad guy version of this. Powerup Full-Color Change may be its visual indicator. Fusion Dance sometime result in this trope. When used by character with Multiform Balance, expect the Super Mode to be either All Your Powers Combined or Lightning Bruiser.

Examples of Super Mode include: