That Makes Me Feel Angry 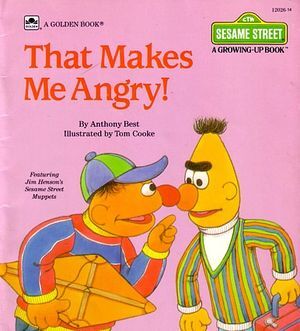 A classic rule in textwriting is to Show, Don't Tell. That includes emotions. If a character is happy, that should be obvious from his actions — not from the fact that he says "I'm happy" out loud. Imagine what real life would be like if people did that.

This trope can be used for comedic effect. It can also be rather scary when the "so happy" line is delivered with barely concealed rage by a skilled actor. Tropes Are Not Bad, after all.

See As You Know for the expository version of this trope. Compare And That's Terrible or Flat Joy.

Appears quite a lot in cases of Lull Destruction. Do not confuse with Is This What Anger Feels Like?, in which the perpetually jubilant character deals with anger for the first time, or I'll Kill You!.

Examples of That Makes Me Feel Angry include: