Tropedia
Register
Don't have an account?
Sign In
Advertisement
in: Trope, Always Male, Characters As Device,
and 4 more

A hottie, usually in high school and usually male, whose first name is spelled t-r-o-u-b-l-e, often expressed through fondness for leather jackets and antisocial behavior. Has fangirls in both his own universe and the real one because All Girls Want Bad Boys. They may be revealed to have a heart of gold or a difficult home life. Ladettes and Femme Fatales also sometimes fit here. 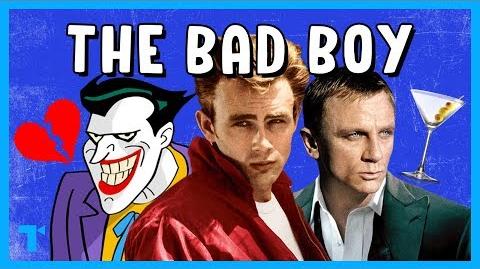 The Bad Boy Trope, Explained
Examples of Troubled but Cute include: