Trying to Catch Me Fighting Dirty

Raven: Aren't ninja supposed to "fight with honor" and all that?

Ninja: Nah, you're thinking of samurai. Ninja kill silently from the darkness.

The Last Days of Foxhound

Not every character fights like the Knight in Shining Armor. Dirty fighting is a staple of many genres. Its regular appearance can mark a work as more serious, 'gritty' and realistic (not to mention Darker and Edgier). Could also be known as "Villain Pulls A Dick Move."

There are lots of ways to work more 'resourceful' combatants into scenes and stories, but the key to good dirty fighting is twofold: a willingness on the part of the fighters to use whatever is available to them in combat, and a willingness to use psychological tricks in order to gain the upper hand. Inventive tactics and an ability to improvise are naturally assets. The best examples of series taking this approach to heart will see characters play possum, play head games, and play hardball as soon as things get close. Anything goes in a real fight, after all.

That the contents within are Truth in Television goes without saying.

The trope's name comes from Ridin' by Chamillionaire (and not, as you might suppose, White and Nerdy by "Weird Al" Yankovic). 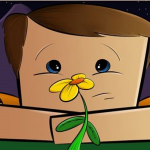