A very prolific and well-known Mangaka, born in Osaka in 1950, Yuu Watase is best known as the creator of Fushigi Yuugi and Ayashi no Ceres, both of which have been adapted into anime. They made her debut in 1989 with the oneshot Pajama de Ojama (An Interlude in Pyjamas) and is predominantly a writer of Shoujo series, although they later begun branching out into other demographics, including Shounen (Arata Kangatari), Josei (Fushigi Yuugi Genbu Kaiden) and Yaoi (Sakura Gari). They've also written some novels as well, according to The Other Wiki.

Their first works were typically characterized by love triangles, high levels of melodrama (specially during the original Fushigi Yuugi era), drawn out, almost laughably sappy love scenes, and of course, plenty of Bishonen. On the other hand, when they do decide to go Darker and Edgier, they do so hardcore: Sakura Gari and Ayashi no Ceres have plenty of bishonen, melodrama and love triangles, plus utterly twisted and psychologically driven storylines.

In 2019, Watase revealed that she came out as X-Gender, which is the Japanese term for non-binary identities.

Some of Watase's manga works include: 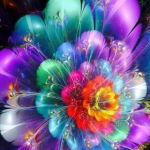